Instead of writing a review of my own running for 2011, I’m gonna do a review of the third year of Conducting The Juices.  Seems like I’ve been writing this blog for more than three years, but in fact, I started this blog in December 2008 so it has indeed only been three years.

So what happened on the blog in 2011?  In short, I finally switched to a new domain and moved the blog off the UO Computer Science webserver in July; we had a total of 43 posts including guest posts by SLF, lc, and White Trash; and the comments continued to be one of the best aspects of this blog.  I thank everybody who read and/or participated in discussions here. Now for what I think are the top ten posts from 2011 on Conduct The Juices.

10.  Let’s start with one of my favorite things to do and that is competing with my friends.  While AJW has been kicking my butt at 100 miles the last few years, we still are close at shorter distances.  We didn’t race a mile on the track this year, but we did meet up at American River 50 mile and each had a great race.  Pretty sure we were the only two in the race the last five miles.  And, of course, the story telling afterward at Auburn Ale House was just as entertaining. 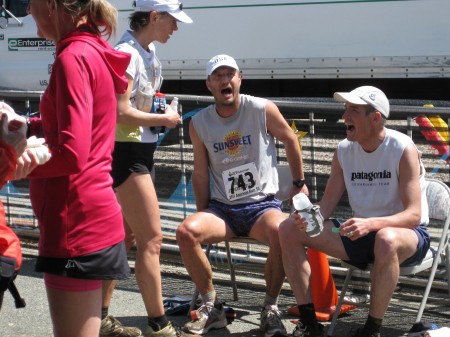 9.  Next there was the Big Loop Around Sisters. After doing almost everything imaginable with these three mountains in the Oregon Cascades, I ventured out on a solo trip on a very hot September day with my camera/phone in hand.  A very fun day, despite the 60-something year old woman who didn’t offer me any food at Obsidian Falls. 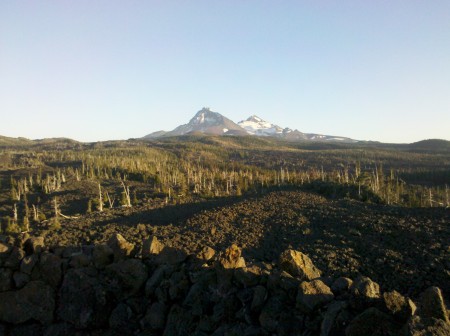 The Objective: Run around these mtns tomorrow

8. My eighth Western States wasn’t my best by any stretch, but the buckle looks similar to my other seven.  My WS race report and subsequent WS Recovery Discussion make number eight on my list.  Yeah, 100 milers are hard.  Isn’t that why we do these things? 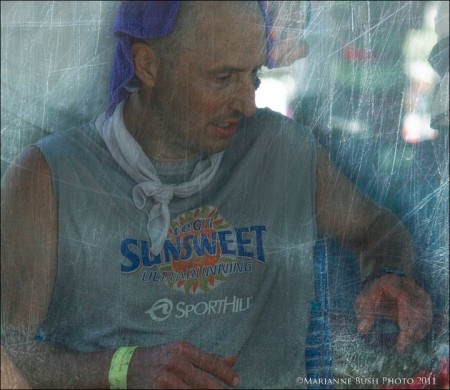 7. The infamous Voices in Lord Balls’ Head post comes in at number seven.  Yeah, this pissed some people off, but the public name calling of a friend of mine irritated me enough that I wrote this post. The subsequent comments and post retractions and repostings were just bizarre.  First AJW responds with a post, then both the original post and AJW’s post are removed.  A week or so later, after healthy dialog here, the original post reappears.  Finally, a new post with a retraction is made.  I’ll leave the rest of the story for the reader to figure out.  If there is a lesson in here for all us it might be that if you are going to be critical of people publicly then be prepared to take some heat back yourself.  If you read the comments of this post you’ll see that I took a lot of heat for what I wrote.

6. I think one of the reasons many of us run 100 milers is to test ourselves.  To get to the point where we physically and mentally want to quit but we push on and make it to the finish. I have yet to get tested like White Trash did at Barkley.  After finishing the third lap with an hour to get out and begin his fourth:

Are you sure you want to stop? You still have time.” In the back of my mind I know I should take that hour, and just start on that fourth loop, but my mouth keeps saying NO. After several minutes, the bugler steps up, looks at me and says “Done?” I say “Done,” but as he raises it to his lips my mind says “No!” yet nothing comes out of my mouth. As Taps is played I don’t look at anyone, and as it finishes I look at Laz and he’s standing at attention with his orange hat over his heart. I think to myself that I should have been standing at attention as well. As I walk back to camp, I start crying because I realize I had given up when I had been telling myself for months that I would keep going out while time allowed. 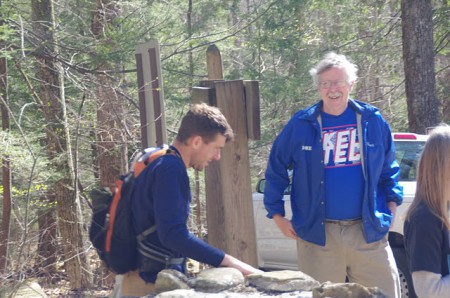 5. Next up on the list is the infamous pre-paid IVs offered at Leadville 100.  The public uproar was loud, including my Bad Message post saying how bad of an idea I thought it was.  Fortunately, a few days after this post (and several others) the option to purchase pre-paid IV recovery fluid was pulled down from their site.  Glad the right thing was done. 4. One of the goals of mine on this blog is to bring to the attention of the community some of the stuff that happens behind the scenes to make these ultras happen.  While I started this post in February and didn’t post it until December, my Ham Radio at Ultras post is one of my favorites of the year.  Ham radio operators are hardly ever recognized publicly, but they play a vital role in mountain ultras. 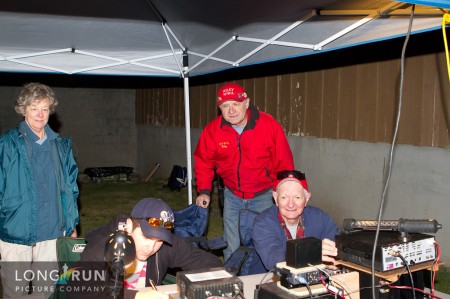 3. Any regular reader of this blog knows that in addition to Western States, I put my heart and soul into Waldo 100K.  This being our tenth year of the race, it was bittersweet in that my co-founder and co-RD for all ten years is retiring.  The 2011 edition was arguably the best of all ten Waldo’s, not only because of the fast performances by the front folks, including Dave Mackey who set a new course record for men, but because of all the runners that challenged themselves and the volunteers who make this event special.  Perhaps the most impressive performance of the day came from 75 year old Peter Fish who finished DFL.  Here is my Waldo report that appeared in Ultrarunning Magazine.  And below is a slide show of pictures from the race put to music by LongRun Picture Co.

2. Each year a group of us head down to Michigan Bluff in April or May to immerse ourselves into the Western States world. All we do is live and breathe States.  For the second year Lewis Taylor (lc) couldn’t join us so he tried to simulate our runs in Eugene and blog about it daily.  All the posts are very well done (yeah, he’s a writer by profession) but lc’s Olive Oil Joe Run tops them all.  He found out we had done “heat training” with Olive Oil in the morning after he had already run for the day.  The creative man that he is, lc was able to come up with the idea, recruit some friends, execute and then document his OOJ run later that afternoon.  Damn funny stuff. 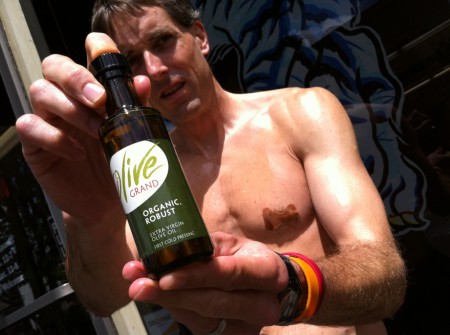 1  And finally what I think was the number one post of 2011:  A Hypothetical Conversation between Fast Dude and RD.  Sure, this one agitated some people, but if you read it more than once and were able to look at it through different prisms, you’d see that it captured some of the struggles that ultrarunning is dealing with this year.  Long time, “egalitarian” races, vs the commercialization and infusion (or desire for infusion) of money into the sport.  This conflict continued through the year, and ultrarunning will likely continue to struggle with these seemingly incompatible philosophies.  None of us knows where this sport is headed, but I think we all recognize that changes are taking place.  Below is lc’s xtranormal interpretation of my hypothetical conversation.

Looking forward to seeing what happens in our sport in 2012.  If you care about the direction of the sport, please continue to speak up and stay (or get) involved.