If you haven’t heard, the sexy cougar collector from the Rogue River Valley is directing a new 100 miler in the state of Oregon.  With the demise of one-time race Hundred In The Hood, mid to late September opened up for a new ultra in Oregon and Hal Koerner, owner of the greatest ultrarunning store in the west (I might say the same about you Auburn or Seattle Running Co or Fleet Feet Bend if you put my picture on your wall), jumped on it.  The new Pine To Palm 100, to be held on September 18, is a point-to-point course from Williams, near the southern Oregon coast, to Ashland.  The course looks great, and even includes some peak-bagging in the middle of the night.  I don’t plan to run it, but since I won’t be working Pinheads at Hundred in the Hood, I’ve been lobbying Hal for a remote awesome aid station at P2P. 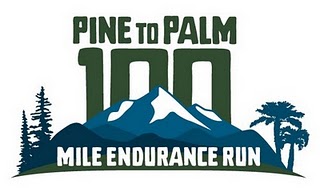 Did anybody else notice that P2P does not have a volunteer requirement?  Or, as Monkeyboy likes to refer to them, a volunteerism fee.  What?  No forced volunteerism?  How are they going to get volunteers?  Who’s going to work on the trails?  Some of you may recall my first post in the WS synchroblog project last January, when I made a plea to the WS board of directors to Reconsider Mandatory Volunteerism.  If you haven’t read it please go do it now and then come back.  No, I don’t like the concept of mandatory volunteerism.  And, I believe the only way we can end the madness is if WS sets the standard.  I applaud you, Hal, for thinking.  Perhaps you’ll influence future 100 mile RDs to at least think about it before they implement one.  And for those of you who think we should be encouraging runners to give back to the sport by requiring volunteering, please explain to me why shorter trail races don’t have such requirements?  I mean, if we’re going treat ultrarunners like high school kids, why don’t we get them early when they are doing 50Ks, 50 milers, and 100Ks?  Just think about how many more hours of free labor we’d have.  Or why not have a volunteer fee just to get into the big lotteries?  Come on, somebody tell me why I’m wrong.