The venerable A Jizzle Wizzle is coming to Oregon next week.  One of the things he’ll be doing, in addition to visiting family, is meeting me at Hayward Field on Wednesday before Thanksgiving to a run a mile.  No pacers.  Just two old ultrarunners going head to head.  Because he loves to bet, we’re going to wager our hair.  Grae Van Hooser or Cougarbait (I can’t remember who) suggested that if the Jiz wins then I have to grow my hair long for next year’s WS.  If I win he has to cut off all his hair for WS. [Of course, I don’t have the guaranteed WS spot like he does so I won’t be able to pay up if I don’t get in the race, but we’ll deal with that when and if it happens.] 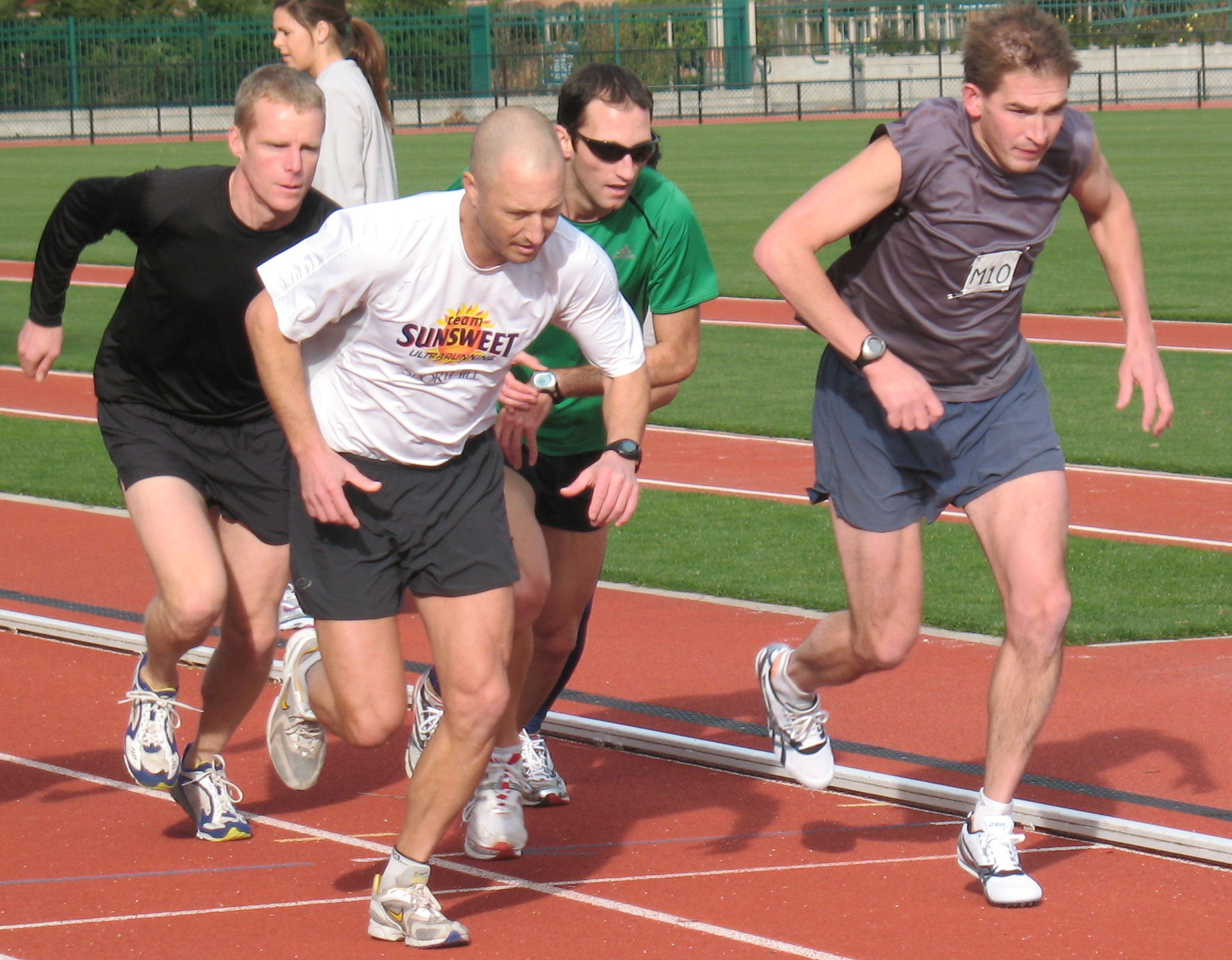 LB and the Jiz last year

So who will win?  Normally I would say he doesn’t have chance on the track with me.  It’s not like I was ever fast on the track – like many everyday Joes I ran “4:30 in high school.”  Well, I actually only ran 4:33, but close enough.  Jiz doesn’t even remember what his best his, but he’s pretty sure he’s never run under 5:10.  Remember last year he came to break 5 minutes and ended up running a pretty ugly 5:14 a couple months after I ran 4:59?  “You failed, epically, Dad” is what his son told him afterwards.

I’ve already come up with excuses he can use when I beat him (see post).  Now it’s my turn to make my excuses.

So why am I not just brimming with confidence?  Well, this has been an off year for me.  I may be washed up.  While I managed to run a sub-4 hour 50K for the first time in several years, I ran my slowest McKenzie in nine years at 4:19 and my slowest WS in seven years at 22 hours (I’ve repressed the exact time).  I missed breaking an hour at Pear Blossom 10 miler for the first time in many years by nine seconds.  My 800 time trial last weekend was not a confidence builder either.  A metronome I am not.  After running my fastest 200 of the year (31) and then my fastest 400 of the year (66) I hit wall like I’ve never experienced (either that or my memory has faded) and finished in 2:24 on noodle legs (yeah, that was a 78!).  I actually had thoughts that I might fall down before the finish.  It was quite ugly.

Deep down I do think I’ll be able to finish in front of him, but I am not taking it for granted.  We’ll see.  Last year when I ran 4:59 we had a pacer who just nailed the splits.  This year, we are sans pacer so it could get interesting if one of us takes it out hard.   Regardless of the outcome, it is going to be a lot of fun.  We love to compete and talk smack, but we each do want to see the other succeed.  I hope he runs a PR (but finishes behind me).