At this time of year when the days are short, the rain is plentiful, the trails are muddy, and getting out of the house for a run after a grueling half-day of work is sometimes more challenging than beating AJW in a mile, it is fun to think about how the events on the last Saturday of June will unfold. I’ll admit there are nights when instead of putting on the tights, rain jacket, and headlamp, I succumb to the temptations of my la-z-boy, but that doesn’t stop me from recalling past finishes, dreaming about my next finish and hoping it will be my best.

Last night was one of those nights where if I didn’t have a scheduled huntin’ date with friends I might have put in The Good The Bad and The Ugly and justified the day off with some mamby-pamby excuse like: “my hamstrings are tight” or “I don’t want to increase my miles too quickly.” Instead, we went out on the solstice for a nine mile jaunt on the trails under a beautiful full moon and immediately started recalling events from 2005. That just so happened to be a great year for me so I enjoy telling stories about it.

What got us going was that it was the year that my friend OD sacrificed his career by taking a six month leave of absence, training his butt off, and then keeping all of us in suspense until the very end at Placer High School. You see, until 2005, OD used to be what we affectionately call a yellow buckler. You know, the consolation buckle given out to those who finish in the daylight – not the daylight that Hal, Geoff, Anton and a few others finish in, but the new fresh daylight of Sunday. OD had two finishes in the high 28s but they were both horrible death marches. But 2005, his 3rd WS, was different for OD. He had done his homework, got really fit, and was hoping to be showered and sipping beer when the runners formerly known as “Ed’s people” finish just before 10am on Sunday.

Lots of incredible stuff happened that day in June. Two of us from Eugene finished in the top ten – the only time that has happened – as Mr Ticer dropped his PR 18:03 in front of my 18:25 for 6th and 10th, respectively. Mr Jizzle Wizzle crossed the river only 24 minutes behind Jurek and while he held onto the hope of Dusty challenging Jurek to a cannon ball contest off No Hands Bridge allowing him to sneak past for the win, he finished in a surprising (to me at least) 2nd place!  Great memories that we would each love to repeat.

But the best drama that day came a little later. Well, we would learn later that there was lots of drama from Cal St on for OD, but this was enough for us. We’re sitting around, dozing in and out of sleep waiting to hear news of OD. Sometime after 3am we find out that OD has crossed highway 49 and is close to the 24 hour, silver belt buckle cutoff. This is what I wrote in my 2005 race report 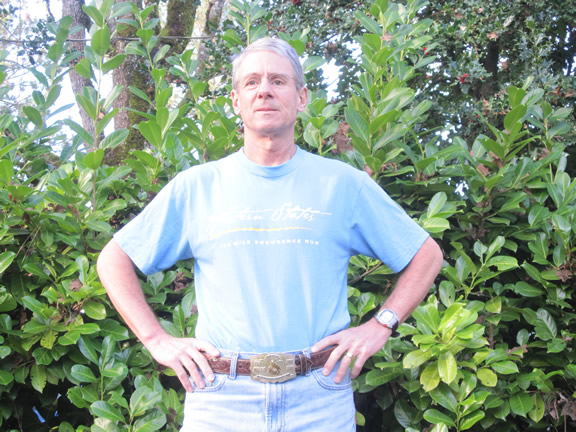 That is one of the best of the many great memories I have of Western States going back to 1979.  Here’s to dreaming of laying down even better ones on June 25, 2011.  Oh, and in case you are tempted, here is a link to the standoff in GBU.  I think I just might watch it again tonight as I dream about running the last 250 meters on the Placer HS track to finish in a new PR.