Top 10 Reasons Why Andy Jones-Wilkins Should Take His Shot At The Grand Slam Record in 2011:

10. He’s “acquired” (as in prostituted himself) enough sponsor connections over the past several years to have a unique combination of them with zero product re-use for each race.

9. Age will catch up to him eventually…just not soon enough to have much, if any, impact on the 10 Year Bet as L.B. had hoped.

8. He’s got about as much of a chance of making a name(as if he needs more) for himself in races where the two zeroes that normally follow the 1 are removed as the author of this post did of escaping his first Oregon Boys-hosted Michigan Bluff training camp experience WITHOUT a nickname.

7. His nicknames are more “household” than his real name, which contains too many hyphens anyway, and he has enough of them to go by a unique one at each race as well.

6. He should have a much easier time than most convincing his family that crewing their summer away for him will be a great way to spend quality time together.

5. One of his recent blog posts suggests that he is drifting runner-less after his very successful summer as it contains the phrase “I am not training for anything,” an obviously very thinly-veiled cry for help and suggestions with it’s being proclaimed in such a popular public running forum.

4. Ohhhh, to think of the fun he will have this winter with Excel, spread-sheeting split times like a madman…split times that are mostly meaningless to the rest of us. “Let’s see…if I run :41.33 from the 50 mile spring to the tuning fork tree, it could set me up nicely for a sub-2:37.44 Cal Street but then again it might make it difficult to manage a 2:57.18 Chinscraper which would get me to the the far pillar of the I-80 overpass 4:37 off pace for reaching the 3rd step up to the Brighton Lodge A.S. in 17:06.38”.

3. He’s already earned (the hard way) his spot in the exclusive Big Dance club and, as unthinkable as it may seem now, one of these years he will once again have to experience the manic-depressive moods swings of lottery season which culminate on the first Saturday of December with either A) a euphoric declaration that “Today is the first day of my build-up to States” followed by a run much longer than necessary for a race still 7 months away or B) a trip to the pharmacist to buy $370 worth of Prozac.

2. The G.S. record holder, until this year’s Wasatch, most likely (although I have no proof) also set the more obscure but nonetheless noteworthy record of “most beers drank during a G.S. attempt”…a number that would undoubtedly be crushed like an aluminum can by Three Names. 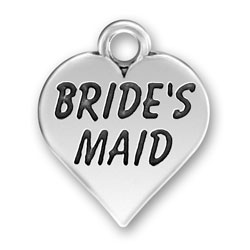 And, the NUMBER ONE reason why AJW should take his shot at the G.S. record next year:

Isn’t it obvious? The guy once referred to as “The Bridesmaid” in countless race reports has a legitimate shot at sub-75 (one helluvalot better shot than sub-5 at Hayward Field anyway…)