The Pacific Northwest has lost an ultrarunning legend this past weekend.  Below is the email Steve Smucker, longtime training partner, sent out to the nwultra list this morning announcing the loss of Dave Terry from Portland, Oregon:

It is with great sadness that I post this notice that Dave Terry has
passed away.  A ten time finisher of the western states 100 and a ten time
finisher of the wasatch 100, Dr. Dave was one of the strongest and most
compassionate men alive. He was also my training partner for the last ten
years.  I will miss him.

A funeral is planned for Saturday, September 26, starting at 11:00 a.m.,
at the Sacred Heart Catholic Church in Enumclaw, Washington.  It will be
good to see many of you there.  If anyone has questions, please feel free
to write me.  Thanks. 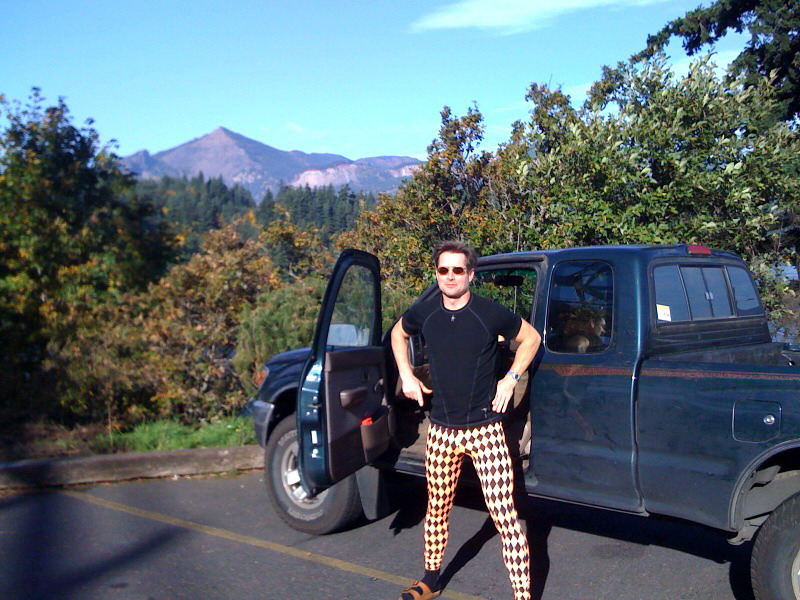 Dave near Table Mtn in the Columbia River Gorge

Several of us have already begun telling stories about Dave.  My favorite story is of watching Dave rebuild himself after a meltdown in Volcano Canyon in the 2002 Western States 100.  He was in a chair at Bath Rd in the shade.  I was behind him and my wife said when another runner came into the aid station, also dehydrated, having puked, and bonked, he asked the veteran Dave what to do.  His answer was: Volume.  Electrolytes.  Calories. Volume was in reference to his blood pressure which was low because of dehydration and all the blood at the skin trying to cool his body down.  So he sat in the shade, put ice on his body, and drank some fluids.  Next, he took some electrolytes in the form of S-caps.  “Why not first with the fluid?” I asked Dave after the race.  He said because if he was going to puke again he didn’t want the salt to come back up as it was very abrasive.  Last on the list was getting the calories in.  That was because he knew his stomach couldn’t do anything with the calories until his blood pressure was back up and he was caught up with electrolytes.  The other runner didn’t listen and continued shuffling up Bath Rd as Dave sat.

I passed Dave as he sat in that chair and he looked like hell.  I also passed the other runner before Foresthill, never to see him until after I finished.  I remember my pacer pointing out on Cal St that I was now the first Oregonian in the race.  That didn’t last long though as a flying Dave Terry screams by us on the steep downs after Cal 2.  He had rehabbed the rig as Twiet would say.  I couldn’t believe it.  What a turn around.  Dave proceeded to run well to the end and finished 13th in 19:25, 8 minutes behind M10, and 18 minutes in front of me.

Dave was a great competitor but also very generous with advice to anybody that would ask, even if it meant you would finish in front of him as a result of that advice.  If you were at WS this year you might have seen him in the medical tent as he volunteered his medical skills and knowledge to help us runners.  He got his 10 finishes and was giving back to the race.

I am deeply saddened by his passing.

Let’s hear your stories about Dave.  Steve will be sure Dave’s family reads them.

Update: See Steve Smucker’s comment below on where to make donations in Dave’s name.