Instead of all this talk about who’s gonna be in the top five or top ten, I thought us taper-wonked WS runners might want to make some lighter predictions for the race.  If you get named specifically, consider it an honor. 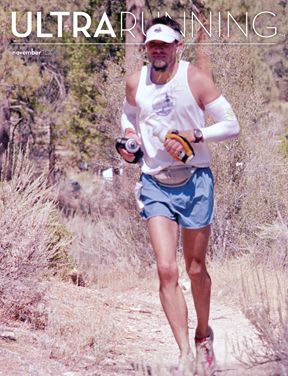 1. Who will wear the Sexiest Outfit?

This is easy.  Jenn Shelton for the ladies and Hal Koerner for the fellas.  Both will just ooze sexiness.

2. Who will take the Longest Aid Station Break?

AJW will take a two hour nap at Michigan Bluff waiting for me to arrive so we can run together the rest of the way to the track (where I will outkick him).

3. Who will be the First Pacer to Get Dropped?

4. Who in the top ten men will make the Greatest Move Up from Foresthill?

Tapeworm will be 12th man at Foresthill and finish 4th.

5. How many Oregonians will be in the Top Twenty (men and women combined)?

6. Who will be the Biggest Metabolic Disaster?

With Jon Olsen out of the race, this could be an Oregonian…

7. Who will have the Most Trashed Feet?

8. Who will throw down the Best Single Line of Smack Talk During the Race?

Twiet.  Either on the course or at the finish line.

9. Who will have the Biggest PR?

Jed Tuckman.  He won’t run with his bank robber suit on and will blast out a 3 hour PR.

What are your predictions?