Following the great posts on the first six days of Michigan Bluff Training Camp 2011 by the creative, talented, fast, and hairy Lewis Taylor, with my own writing is likely to be disappointing, so I’ll only write a little and then let pictures tell the story.

Suffice to say that the last four days of camp were awesome.  Highlights include 89 more miles of running including our new favorite 50 miler from Michigan Bluff to Pacific Slab and back to Rucky Chucky and Driver’s Flat (damn, parking up at the road is like an hour farther than the $10 dirt lot).  Lewis joined us for the run and we kept asking how torturous a 50 miler in Eugene would have been.  Laps up and down Spencer and Headwaters – only Ticer would enjoy such a run.  For the first time ever, AJW showed that he can be a giver by making dinner for the group after his long run and then making sandwiches for our long run the next day before heading back to Idaho – they were good even though they didn’t have cheese.  After AJW left, Olive Oil Joe, his pacer Sam the P90Xer, his girlfriend Brittney who wonders why guys follow her when she runs in a skirt, and Hannah The Banana Sleeve joined us for the final weekend.  Dan, Meghan, and I ran with the training group on Saturday for the not-very-exciting organized training run up Cal St (we dropped at Foresthill after dreaming about the grilled ham and cheese sandwiches).  OOJ went from 37 minutes to 7 hours in a single day and wonders why he is so wrecked.  Volunteering at Cal 2 (no, I’m not writing Peachstone) on the Sunday organized run with Twiet was a blast while Hannah, Laurie, OOJ, and Sam did the official run.  Carol’s group of friends had their 26th Memorial Day party.  She has been involved with the race for 31 years and owns the house where the aid stations for the training run and races are.  Talk about passion for Western States… her group has had it for a few decades now.  It’s infectious.

Now we’ll let the pictures tell the story of camp. 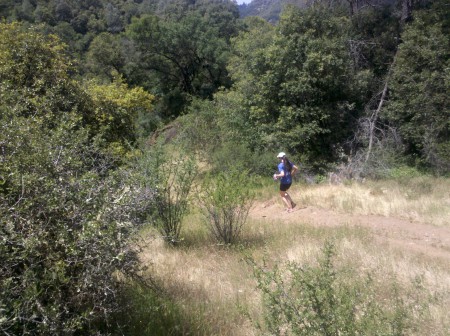 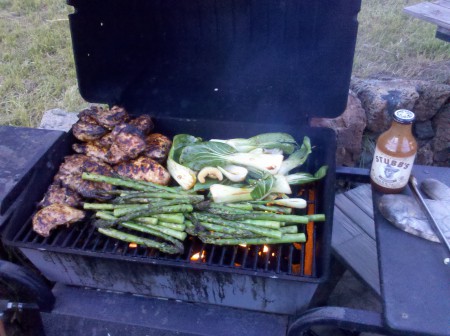 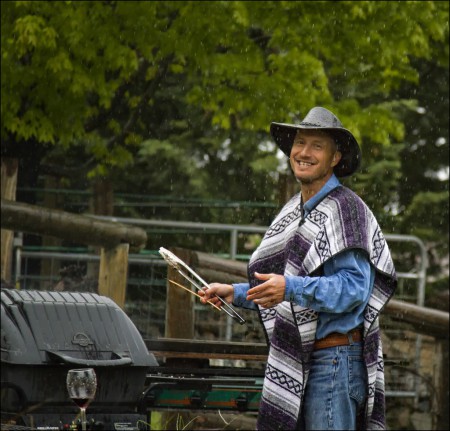 Laughing - Our Ab Work - Clint Eastwood BBQs For Us 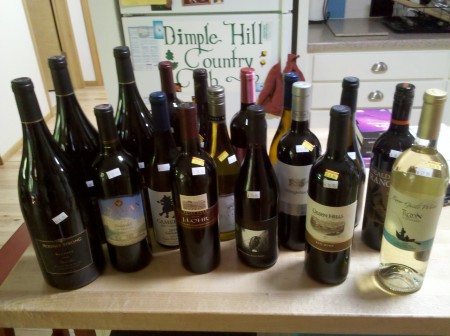 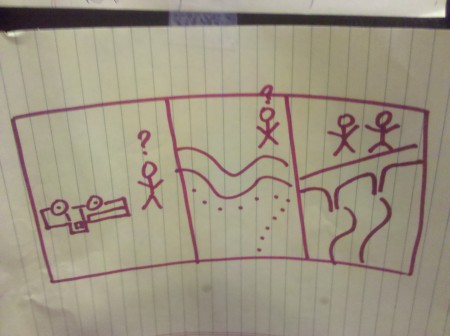 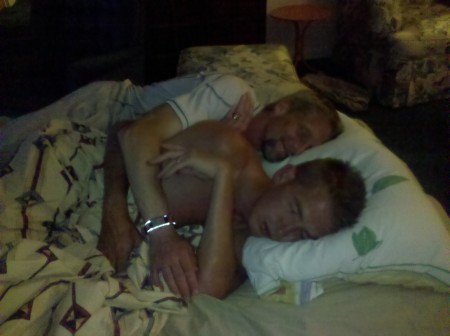 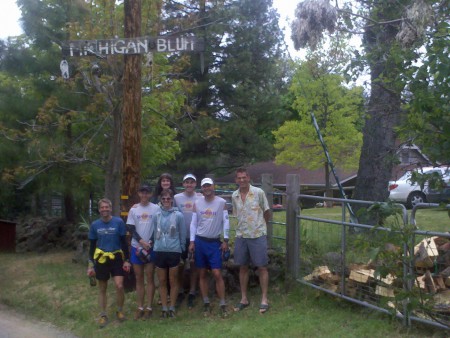 Posing - Everybody Takes Pictures These Days 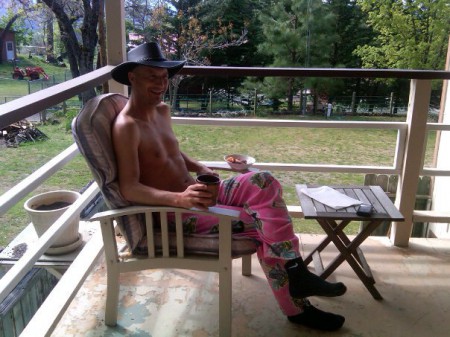 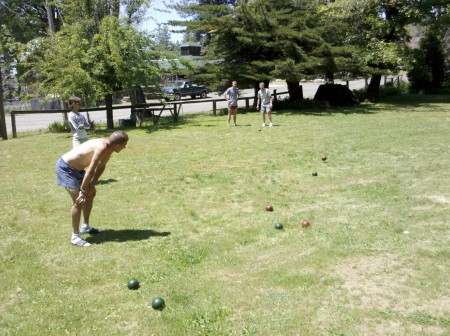 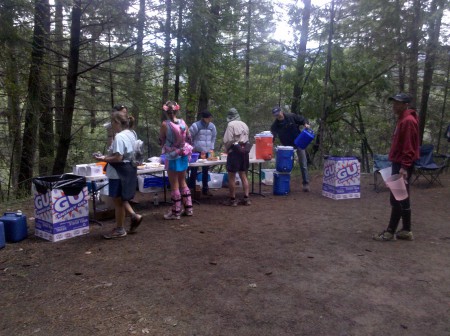 Volunteering - We Worked Peachstone (Cal 2) on Sunday with Twiet 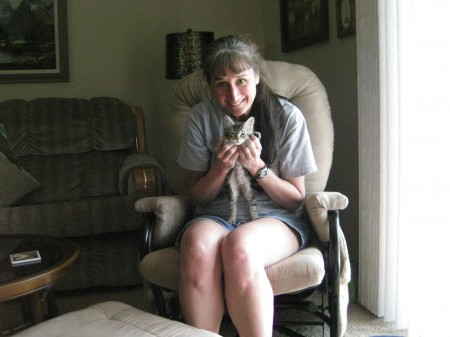 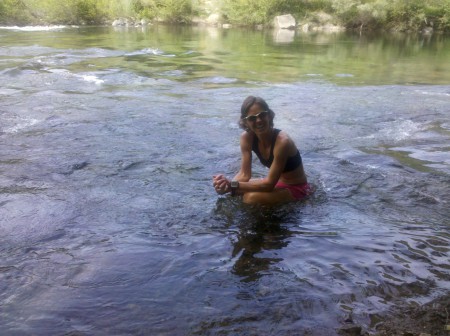 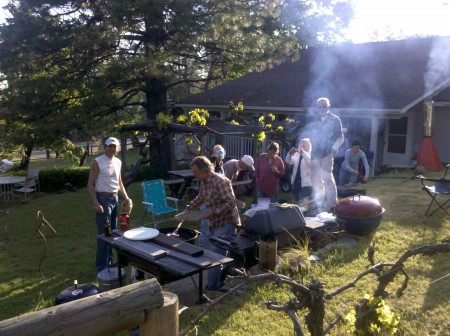 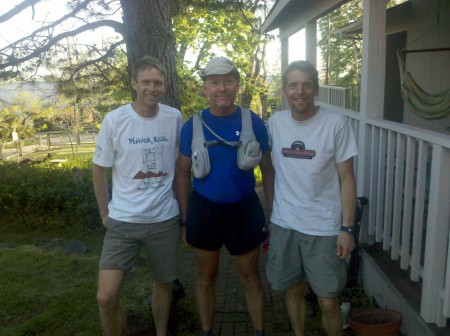 Listening - We Heard Great Stories From The 1989 Cougar Winner 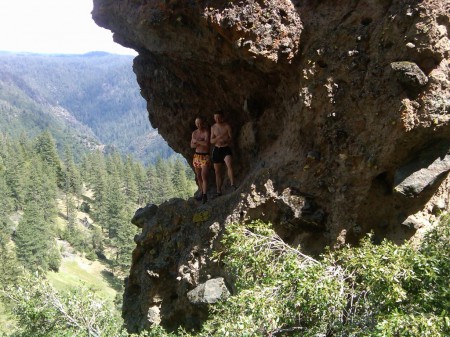 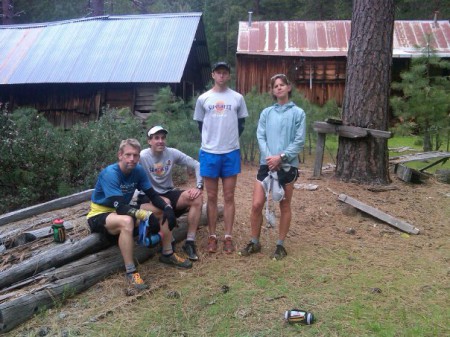