It’s getting to be that time. For some, that means “Western States,” “Western,” “States,” “The Big Dance,” “The Track Meet,” or whatever else you refer to it as. But as we described on this blog last December, this weekend is part one of a competition that we have called “The Western Pickle Puff.” What started out as bravado and trash talking turned into a good excuse for cross training and may leave all three of us (Craig, myself, and Stephen Itano) ready for the best 100 mile runs we’ve had in years. And as the previous blog noted, there’s more than pride on the line, there’s a charitable contribution hanging in the balance.

A while ago I read about an idea that came out of the world of “behavioral economics” for maximizing one’s performance (athletic, work-related, whatever), and essentially it came to this- make a public proclamation about your goal, and tie it to a penalty for failure (not a reward for accomplishment). That’s where the concept of the Western Pickle Puff comes in, with the goal being to have the lowest combined time for Western States and the Cascade Cream Puff 100 mile mountain bike race in the span of 2 weeks, and the penalty for failure that the loser (Craig or myself) makes a donation of up to $1,000 to the winner’s charity of choice. We invite our “supporters” to chip in a few dollars if they feel like it, cheer us on at the races, and in the end we run and ride hard for all 200 miles, have a blast, never give up, and donate to one or both of the below worthy 501(c) 3 causes.

Environment Oregon (Craig’s choice) – From the website, their goals are as follows: Environment Oregon is a citizen-based environmental advocacy organization that works on behalf of its more than 35,000 members (and counting!). Our core mission is simple: to protect Oregon‘s clean air, clean water, and open space. In practice, our professional staff combines independent research, practical ideas, and tough-minded advocacy to preserve our state’s wild places and natural beauty, protect Oregonians from toxic pollution, reduce our material consumption, build livable communities with a backbone of high speed rail, and create a complete clean energy economy.

Greater Oakridge Area Trail Stewards (GOATS) (Alan’s Choice)- GOATS have made themselves responsible for maintaining and expanding the hundreds of miles of hiking, running, and biking trails in and around the Oakridge/Westfir area of Oregon. They’re one of the many community oriented groups that make Oakridge/Westfir a great place to play, and GOATS members organize crews or help out other groups on trail work from Willamette Pass all the way to Cottage Grove (that’s a long way!).

So, good luck Craig and Stephen! Craig bought his first ever mountain bike, rode a lot more than I ever thought he would, kept himself from getting injured (biking and running), and is going to give me a run for my money because I’m going to need to make up some serious time on him at the Cream Puff. But if I see Craig between Cal 2 and Cal 3 like I did in 2007, I have a bit of motivation to try to keep him in my sights, and I’m feeling pretty good. 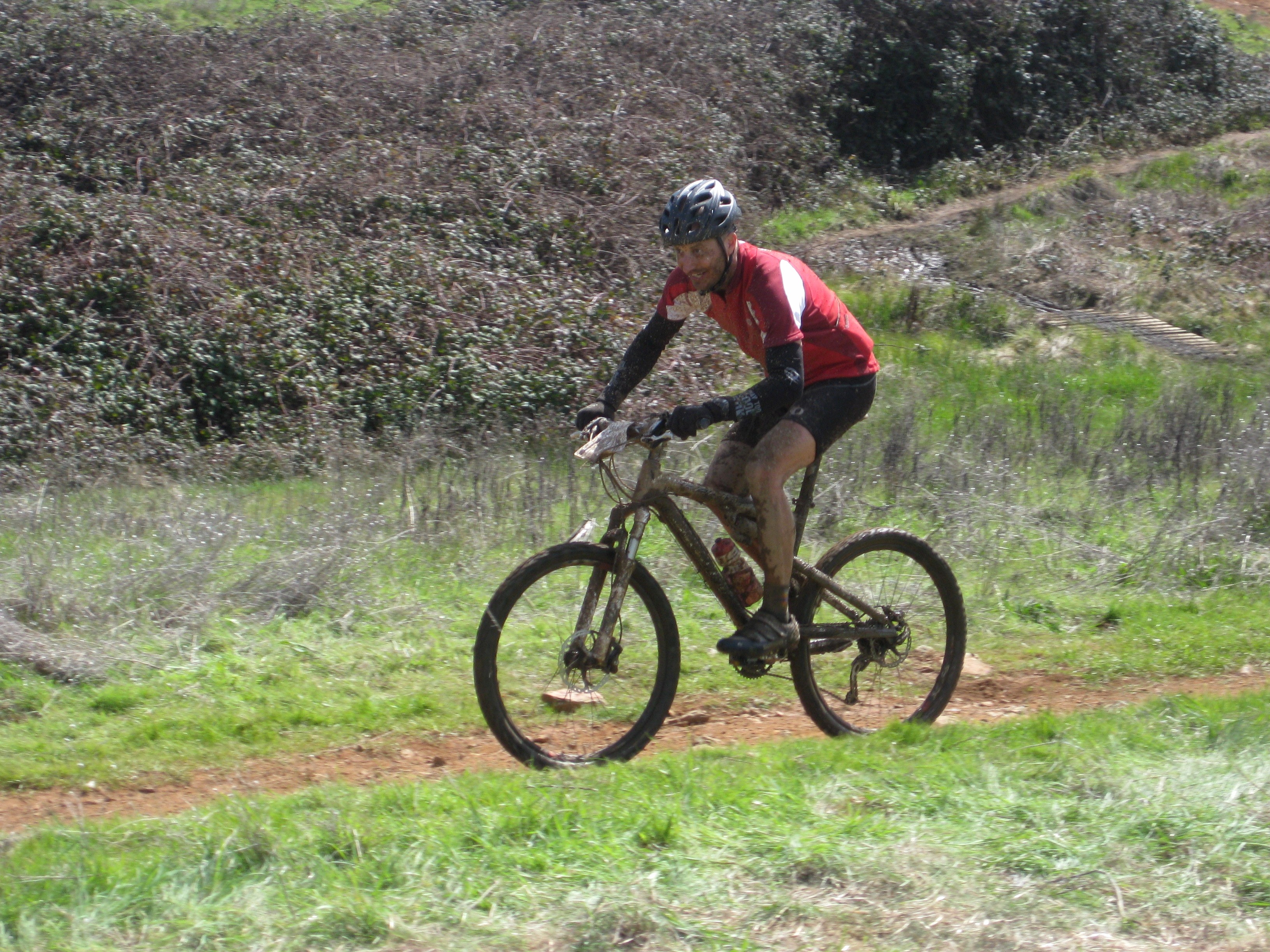 Craig finishing his first and only mtn bike race in March

For all the Western States runners, good luck to y’all too! There’s still space at the Cream Puff to jump on your mountain bike and into the Western Pickle Puff, and we won’t even require the donation. Hal? You’re only a couple hours away. AJW? I know you’ve ridden a bike in your past. Killian? Don’t fly back to Spain so soon, come to Oregon and we’ll set you up with a bike. Anton? Geoff? Meghan? Anyone?

See everyone at Squaw Valley and Westfir!