After the fallout from the last synchroblog, I think it prudent that we stay away from relationship or marital advice.  This month in Ask An Ultrarunner, I and my three synchrobloggers tackle three questions from runners.   Feel free to add your own opinions to these questions or ask questions for the final installment of this year’s WS synchroblog.

Pooped Out asks: I’m a first 25% of the pack ultrarunner who prepares himself well for the one 100 miler I run each year.  At least I think I prepare myself well.  Everything goes well until the last 30 miles.  At that time my perceived effort is huge, yet I’m barely moving.  I can’t run any uphills, and even on the flats I struggle.  So, my question is how does one prepare for the last thirty of a hundred mile race. 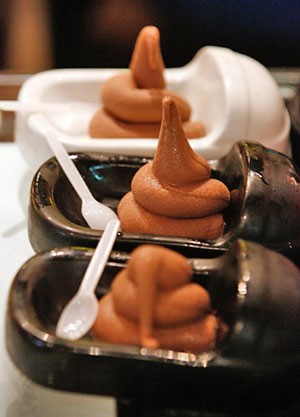 Pooped Out, the perceived effort those last 30 miles is huge because the effort is huge.  You’re tired, dehydrated, and exhausted, but do you really think you’re more tired than everybody else out there? If at mile 80, you looked around at the runners who are passing you and asked how they felt do you think that they’d truthfully tell you, “I feel great — like a million bucks!”  Most wouldn’t.  We’re all tired out there.  I’ve said for years that many of us can prepare ourselves physically to run 100 miles, but those who do the best, consistently, are mentally stronger.  Sure, you can mess up your last 30 miles by not taking care of yourself during the first 70 miles by running too hard early or getting into caloric, fluid, or electrolyte deficits.  You may also lack some training volume to run your best at the end.  However, in my experience, what it usually comes down to is mental toughness.  Are you going to sit and mope at ALT (85 miles) and complain about all the things that aren’t going well, or are you going to think about the things that are going well and push on to the end?  If you suck on the uphills late do you dwell on that or do you remind yourself how well you are running the downhills?

How do you increase your mental toughness?  I’m not the fastest runner out there but I usually don’t fall apart at the end.  I’ve never walked in to finish a 100.   Before getting specific on mental training tips, I’m going to assume that you have physically prepared yourself by running multiple 50+ mile or 10+ hour training or racing efforts before the big day.  That you’ve done all the quad work, etc. And that you’ve done a decent job of taking care of yourself during the first 70 miles.  What’s left is working on your mental toughness.  How do you do that?

The Seed asks:  I am a fairly solid 50M runner but can’t seem to collect much more than yellow buckles (or, if not States, the particular race’s equivalent) when I step up to the 100 mile starting line. I do have one token silver buckle but it is more of an anomaly, an outlier if you will, compared to my standard performances which, among others, include the following: 2 DNF’s at AC in ’98 & ’99 (I mention those for The Jiz’s benefit); a 28 hour at Western, wait, I mean, States in ’02 where I spent 2 1/2 hours in a beach chair at Hwy 49 aid (mile 93) and it wasn’t because the aid station folks were in pear-adorned monokinis serving margis either; and a 30 hour Wasatch in ’08 in which I got to Brighton (mile 75) in 18 hours (you do the math on that one). Is there any hope for me to have a 100 mile performance on par with say, a 7 hour High Sierra 50M or should I stick with the “warm-up ultras,” as Karl calls them, and maybe try and become a permanent member of The Jiz’s crew to make sure he never DNFs (because only Sky daddy the knows the ripfest that would ensue after that).

The Seed, you do have a poor 100 mile record.  Two DNFs out of five starts?  You obviously aren’t on AJW’s Christmas card list.  I’m not sure if I should answer honestly and tell you to stick with oiling your calves for photo shoots with your dad, or give you a line of positive, you-can-do-it BS.  How strong is your self-esteem?

I do believe that each of us are suited for particular distances, terrain, etc.  20 years ago I had dreams of running an Olympic Trials qualifying time in the marathon.  I had quality training partners and schedules, but each time I’d run a marathon I’d just die like a dog at the end.  I sucked at the marathon.  Perhaps I could have done better with today’s energy gels, or if I had more realistic goals, but I believe that my energy systems are better suited for 100 miles than the marathon.  And I enjoy racing them much more.

It may very well be that you’ll never run as well at 100 miles as you do at 50.   If you are looking to get a silver buckle to keep your pants up that may not be good thing, but if not, who cares if you never run a fast 100?  If you are determined and think it is just a matter of training or race-day execution, perhaps you need to get together with Pooped Out and work on your mental training.  Or, you could train like this guy:

Horatio Lovejoy asks: I win almost any race I enter.  I’m young, a well established entrepreneur, drive a nice car and have a great fiancee. What else should I be doing?

Horatio, congrats on a great start to your life and a great name.  Sounds like you’ve spent a lot of your time thinking about and improving yourself, which is a good thing. This country needs narcissists like you.   Perhaps the next move for you is to start giving back to the community.  Maybe direct a race, or get involved in trail work in your community, or just help at other races like these two guys: 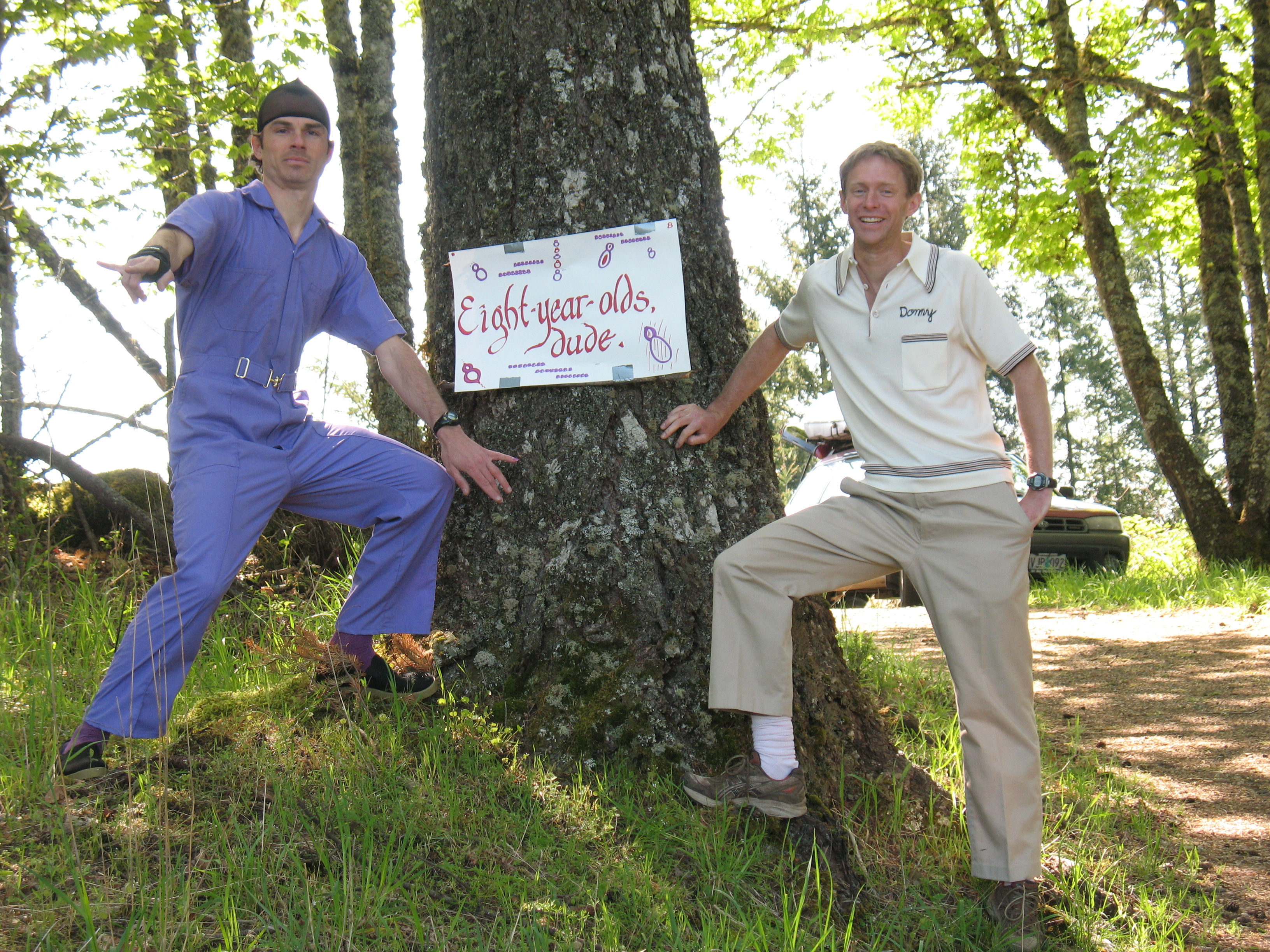 See what my other synchrobloggers have to say to Pooped Out, The Seed, and Horatio Lovejoy.