Time for the third installment of the Ask An Ultrarunner synchroblog leading up to the 2010 Western States Endurance Run.  We’ve received great questions from you readers.  Please keep ’em coming and we’ll do our best to answer them.  Today we tackle three of them.  Enjoy.

Western States Widow asks: It’s Western States training season again. That means glimpses of my husband are becoming as rare as cougar sightings. Entire weekends are consumed with training runs. And when he isn’t running, he’s sleeping on the couch instead of pulling his weight around the house. When he’s awake, he pours over stats from previous years, reads countless running blogs, and talks incessantly about training and race strategies until my eyes go crossed. While I can appreciate his passion for the race, I have grown to resent how much it impacts our lives. What should I do?

Western States Widow, I’ve known several spouses that have felt exactly like you and it’s a bummer for the runner and the widow.  You resent the time he spends training and he feels guilty when he’s out doing what he knows he needs to do to be successful on race day.   Running WS is a big goal.  It takes time and energy to prepare for it.  You must know that.  I suggest you cut your husband some slack, support him, and let him prepare for it.  I assume your husband is helpful and cooperative in other areas, perhaps doing the laundry, the taxes, or the dishes (when not sleeping on the couch) or something else useful?  If he’s a slacker year-round, then WS is not your problem so stop blaming the race and face the truth – he’s a loser.  But, if he’s only doing this once a year perhaps stepping back and gaining a little perspective might help.  What’s ultimately going to make him (and you) happier, completing your honey-do lists around the house or collecting silver buckles?  Maybe a collection of buckles sounds stupid, especially if like me he doesn’t even own a belt to use them with.  Hmmm.   OK, it’s not the actual buckles, but the years of work and race day execution that they represent.  A lifetime body of work that you and he can be proud of.  And when you look at what is going on with celebrities these days, isn’t training for and running WS much better than him trying to bag porn stars, cocktail waitresses, or his employees? 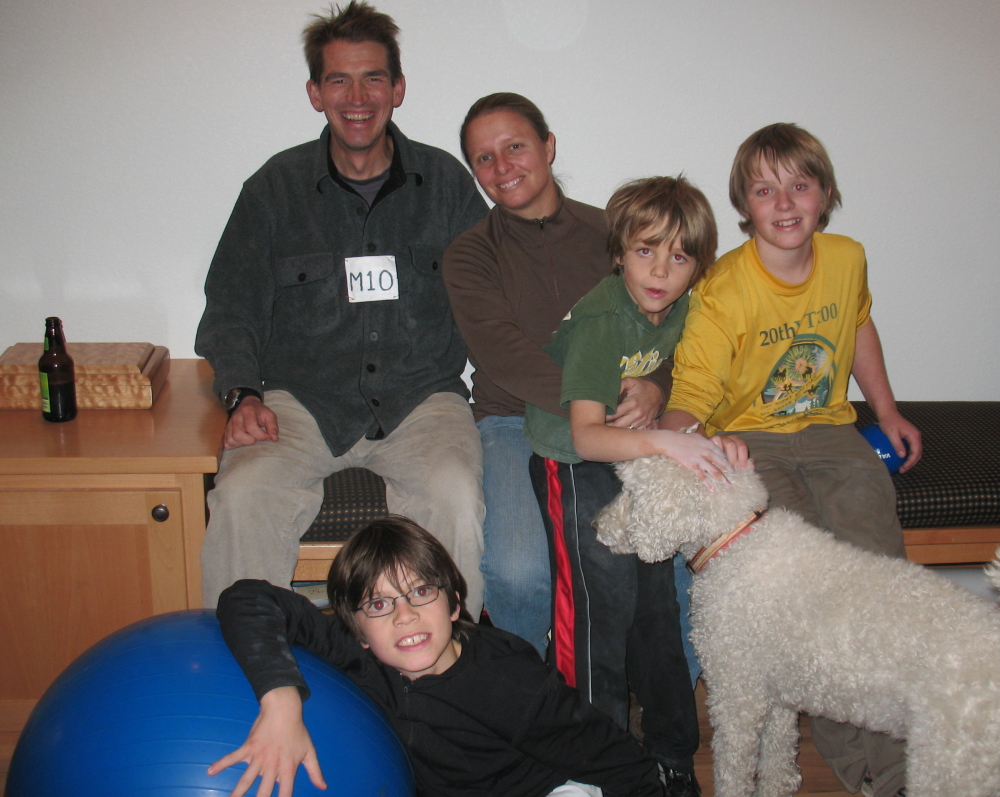 Is your resentment due to the fact that you don’t get to spend as much time together?  If so, perhaps you can find a way to be more involved with his training.  My wife and I go to Michigan Bluff each spring for a week of vacation.  Yeah, it’s primarily about training for the race, but it’s also a great way for us to spend time together.  She goes on shorter runs, hikes or works, while my friends and I run for many hours.  In addition to running we hang out, relax, drink coffee every morning and wine each evening, play games, and laugh.  She also helps with shuttling and crewing and we make sure to help her get whatever specific runs/hikes she wants to get in.  Can you join him on training weekends and go for hikes or runs or bring your laptop or find some way to be a part of it?  Perhaps help out crewing the training runs?

If it’s a kid thing thing then I don’t know what advice to give you as we don’t have any.  Perhaps AJW will have some advice for you.

If the resentment is a matter of not getting the household chores done perhaps you can consider hiring the neighbor kid to help with the yard work?  Or would it be that bad if the weeds grew a little longer for a few months?

On the other side, Mr Western States Widow, perhaps you can make more of an effort to help out.  Think of mowing the lawn or spreading the bark as training opportunities.  Just be careful jumping out of the la-z-boy too quickly as your blood pressure is likely to be low from all the training.

M@ asks:  I’m a runner in my late thirties, returning to ultras after missing a year due to a torn calf and related injuries. I’m building up mileage for my 2nd hundred, this September, near a 2-bit Southern Oregon town known for cougar sightings and men in tights. My question has to do with core stability. Why does my “crew” have, at most, 2 or 3 pictures of me running, while our pc’s hard drive is full of photos of young, buff, shirtless, male ultra-runners with shaggy hair, dreamy eyes, and more ab muscles than I can count? Should I be doing some sit-ups or something? 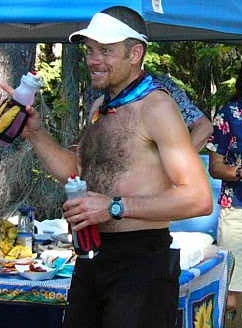 KRW has the chest hair and does P90X

M@, I’m not sure whether you’re asking about coming back from your injury or worried about your body image.  If it’s the former and you’re thinking your calf injury is somehow related to your core strength, well, I’m not your guy.  I’m all about determining the underlying cause of injuries and correcting them, but sometimes it gets a little nuts.  I’ve heard of PT’s, who have helped some of my running buddies, make a diagnosis like this:  “Your ankle problem is caused by tension in your right ear which is causing an imbalance in your left pectorial region which is radiating down to your cremaster muscle which is locking the pelvis causing an internal rotation of the femur thus rotating the fibula anteriorly on heel strike.  This is why your ankle hurts.  If you did core strengthening we could release that tension in your right ear and fix your ankle.”  WTF?   My buddies have come to me with these complicated explanations and I just throw up my hands.  If weakness in your core is the cause of your calf injury you better go to one of those smart people.

Now, if you’re worried about body image then I can offer some suggestions.  You could always go the P90X or INSANITY route.  I hear it will get you in the best shape of your life. Or you could get some Hair Club for Men and rub it all over your chest and abs.  Once the hair grows to a full one-inch thick nobody will be able to tell that you’re as soft as AJW underneath.

But seriously, I think six-pack abs are way over-rated.  It could be due to the fact that we haven’t seen my six-pack since I was in my 20s, but I can’t remember that far back.  Now that I think about, forget about all that core stuff.  Just get some dumbbells and work on your biceps.  That should impress your crew or at least your friend’s girlfriend 🙂

Good look at that 2-bit Oregon town 100.  I’ll be out there at some aid station.  Look for the guy with no six pack but nice biceps.

Monkeyboy asks:  What advice would you give for prospective parents who want to make signs to leave on the WS course such as “Dan O, the quads are evil and they must be punished. love, Mom and Dad” when doing exactly what mommy and daddy say could lead you to an extended stay in the Auburn Hospital? 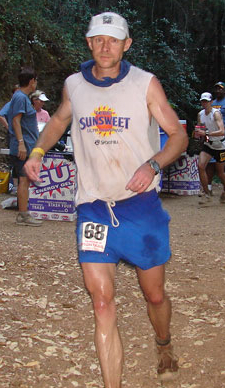 While the message on this particular sign was a little unfortunate, the fact that his parents went to the trouble to make a sign and get it out on the WS course is awesome.   Did anybody from your crew put a sign out for you?  Mine either.  I think Dan O’s parents should be commended for caring enough about their son to make this effort.

That said, this was obviously not a good message for their son.  How would they even come up with such an idea?  Maybe they heard him talk about training to “trash” his quads and thought that’s what he was trying to do on race day, too?  Either that or they are sadistic.  If there are any other crews or family members that want to make signs for their runners, perhaps something more jovial and funny that might actually get your runner to laugh or at least take their mind off their suffering for a moment, would be more appropriate.  Here are some suggestions:

French Kiss: “Most of you men will get chicked today.  Enjoy the view. Go Bev”

White Trash: “Alan, it’s called the Western States Endurance RUN so do that from the river to the finish.”

The Founder: “Gordy, there’s a hot chick you can catch just ahead.”

Mr Real Endurance: “Wanger, think of all the new splits you can play with tomorrow.”

And here are a couple for my fellow synchrobloggers. Click on their signs to see how they answered the above questions.

Can you think of any other signs?