On January 12, 2010, my brother Chris (a.k.a. BK), will begin a 29-day rafting trip from Lees Ferry through the Grand Canyon to Lake Mead. 297 miles. It will be his fifth time rowing a boat down the river and the third January in a row. In January 2008 my wife and I joined his group for 9 of the 28 days. It was friggin’ cold down in the canyon, and when we hiked out at Hermit Rapids it was difficult to imagine spending 19 more days down there. 9 days was enough for us. Last year, he and his girlfriend Katie (a.k.a. 2P1M or #79 or CB), did the same trip in a single 15-foot raft. Most of us thought that was crazy as the consequences of flipping with only a single boat could be dire.  They didn’t flip. His only flip has been in Lava, one the most feared rapids in the canyon, in 2008 in a 14-foot raft. 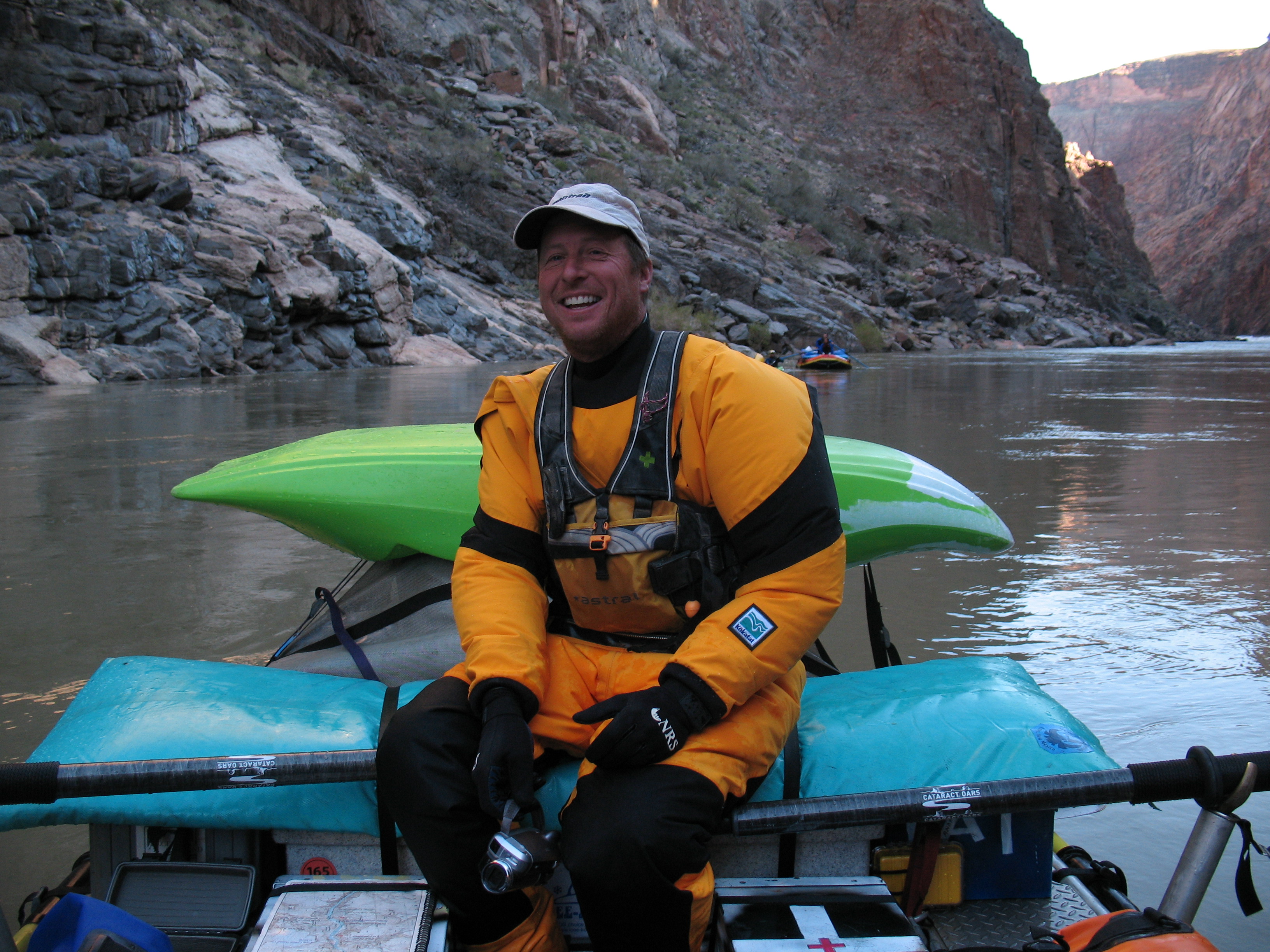 So what’s so special about this year? BK, who just turned 40 last month, will be going solo. The chances are good that he’ll see other people down there, but in January there aren’t too many others, and it’s possible he’ll go several days without seeing a sole.  The 297 miles normally take about 16-18 days, but in January the days are short and the sun is low so you don’t get many hours on the river each day. 28-29 days is normal for January.  While I can’t imagine not training for 29 days, I can definitely relate to the allure of doing something like this. My bro and I have had many great adventures together. When Chris first told me about this trip, I was a bit shocked. Why go solo? What if you flip? What if you have a medical emergency? Why take the risk? Don’t you enjoy sharing each day’s experience with others? Sharing the excitement of going through a scary rapid? Sitting around the campfire and talking about the day that was and what is coming up the next day. I won’t forget the night before we ran Hance rapid in 2008. I had been on an epic run on the Escalante Route from our camp near Carbon Canyon to Hance. The group had actually let me try to run from camp to camp that day. It was surreal as I watched my group from high above the cliffs near Unkar, in the rafts with all my support, go down the river. I was committed. It felt very lonely in that huge canyon. It took me about 8 hours to go 3-5 river miles. Suffice to say I had a difficult time finding the seldom used route and didn’t make it to camp until well after dark. It was an epic day. The campfire was roaring and it was such a relief to be connected with my people again and them with me. We really didn’t even think about the scary Hance rapid that we had to run first thing in the morning. When we woke up the next morning, we scouted and re-scouted and re-scouted the rapid again. We didn’t start rafting until after noon! Doing all that without sharing with other humans is just something I couldn’t imagine until Chris told me he was going to do this trip solo. 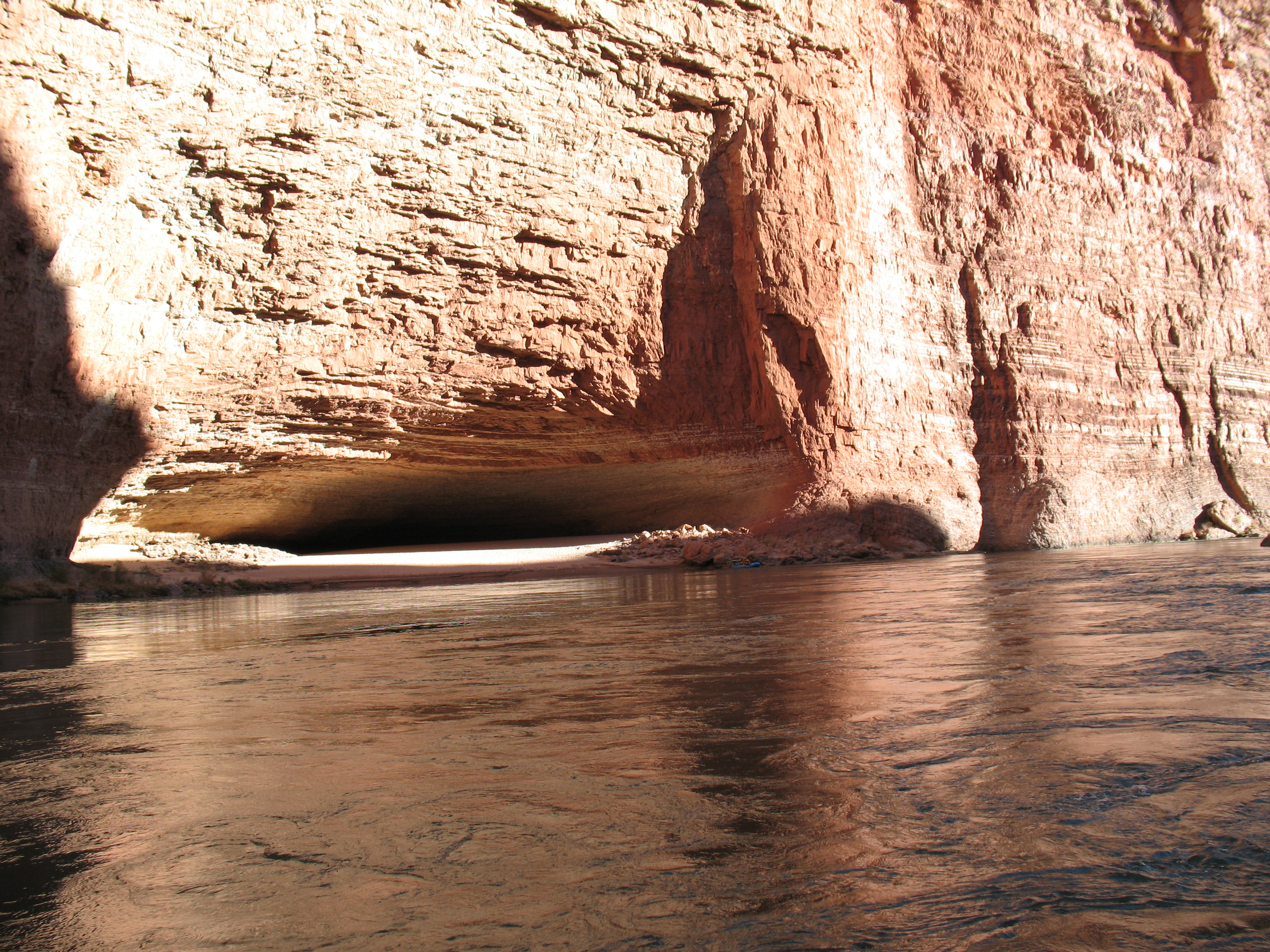 Chris in his own words:

“This is a tremendous mental challenge and I feel I have prepared myself for something like this over the span of my lifetime. Each big event in my life has been a stepping stone for something even bigger right around the corner. Overnight backpack on Western States trail in the late 70’s with you. Four day backpacking solo in Sierra’s in 8th grade. Two weeks backpacking with you in Oregon. Riding my bike with you from Canada to Mexico at 16. Running my first Marathon at 16. Running my first 50 at American River when I was 18. Climbing Half Dome at 23. El Cap a few years later. Rowing a boat down Grand Canyon for the first time in ’03. Where’s Waldo for the first time in ’04. Summiting Denali in ’05 after 27 days on the mountain. Running my first 100 miler in ’05. Finishing Western States (the hot year) in ’06. Removing alcohol from my life in ’06. Single boat Grand Canyon trip with Katie last year in January. I have known about this solo trip launch date since February 24, 2009. I have prepared my mind specifically for this effort over the last 10 months. I feel ready.  I am most anxious about the unknown. That is what makes this trip so awesome. Twenty nine days alone (a full lunar cycle) is unique. Spending that much time alone in Grand Canyon is bound to be monumental. I was scared last month. Now I am focused and eager to start my journey. I respect the potential danger I face. I am ready to look around the corner at Lee’s Ferry.” 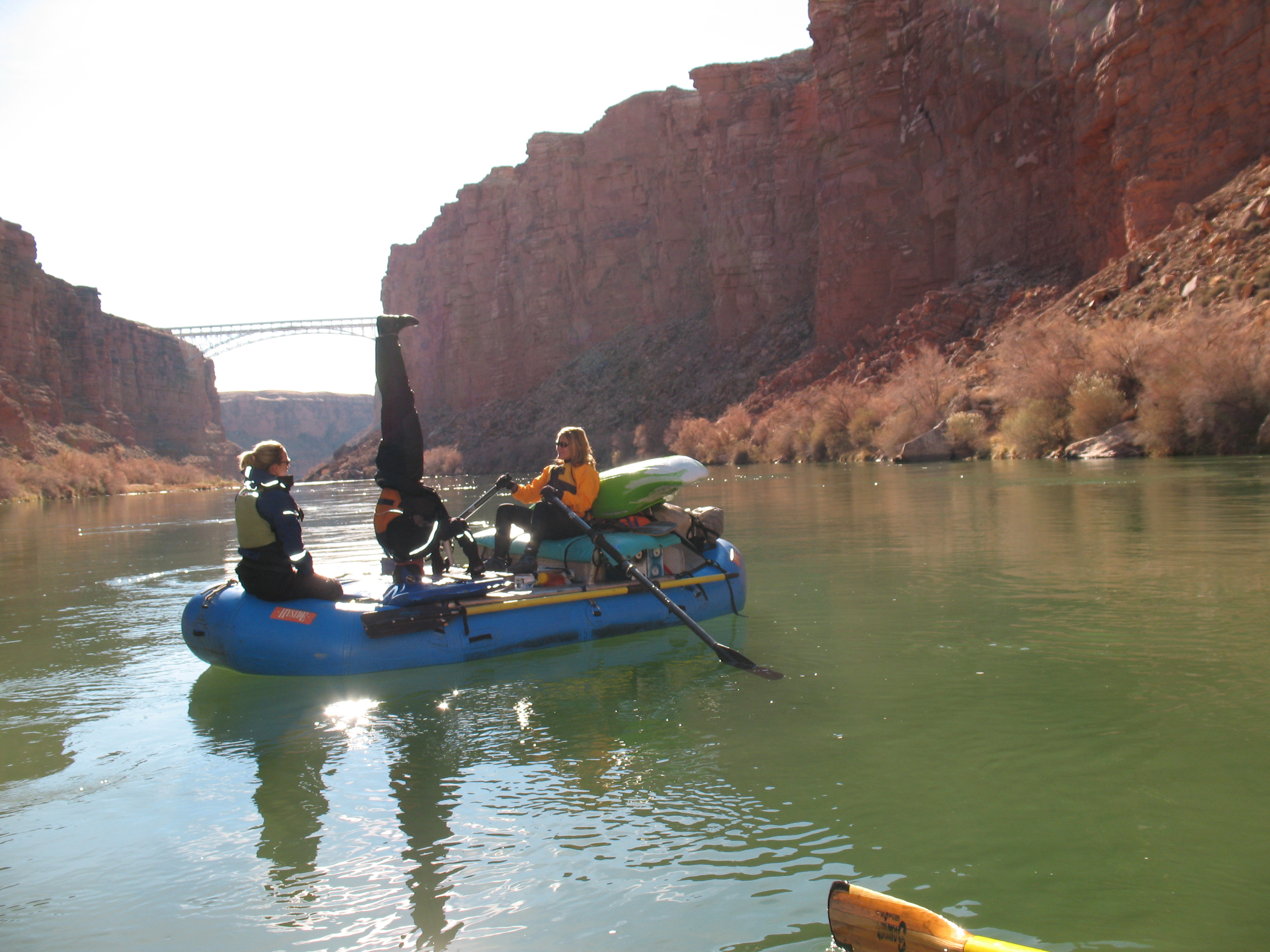 So what are we going to do while he floats down the river for 28 days? We’re going to keep track of him through the SPOT GPS device he’s taking with him. We can track his progress via the map below. He has to push a button to send out a signal that tells us where he is. He expects to do this once a day or maybe a couple times a day if there are huge rapids. Have a great time, bro. We’ll be watching and we’ll be looking forward to hearing lots of stories as you pace me on Cal St at Western States this year. I love you.

Chris has reached South Cove in Lake Mead safe and sound after 297 miles.  Looking forward to hearing the stories.  Hopefully he’ll write a guest post on his adventure.

BK’s report on his trip