“Early on in the race the prospect of climbing the Maiden is like a far off dentist appointment to have your wisdom teeth pulled: unpleasant, yes, but too far away to really worry about, but now I was sitting in the waiting room reading an old copy of Newsweek waiting for my name to be called. “  That’s how finisher Geoffrey Donovan described the impending climb up Maiden Peak at the 2008 Where’s Waldo 100K.

So what is so special about the Maiden?  Nothing, really.  Maiden Peak is a shield volcano in the Oregon Cascades that stands 7818’ above sea level. It has a vertical prominence of  less than 3000’.  By Cascade volcano standards it’s only the 47th highest.  In 1923 a fire lookout was built on the top and it stood until it was destroyed in 1958.  You can still see remnants of the old lookout, including glass, nails, and telegraph wire next to the trail.  But don’t try to clean it up as it is “historical evidence of the lookout era.”  Even though I had lived in Oregon for many years I had never been to the top of it until my Co-RD Curt Ringstad designed the Where’s Waldo course in 2001 and included it as the last peak on the course.  It just never seemed that significant … until it became part of the course. 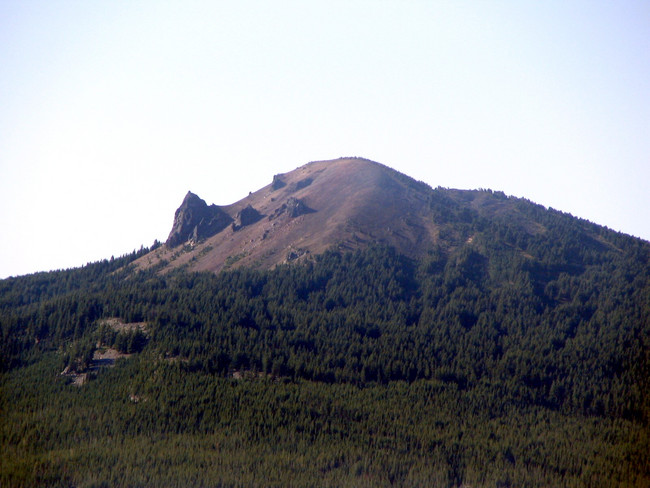 Maiden Peak from the north (summitpost.org)

Lewis Taylor,  who has finished the race two times (and a third as a relay runner), describes Maiden as “the single most defining characteristic of the race.”  The climb begins at mile 49.9 and is 3.2 miles long.   It comes after several other significant climbs but it is by far the most difficult.  It’s old school single-track.  You know, before we got all these foo-foo standards for grades, etc.  It starts off fairly gently but you soon see that they didn’t believe in switchbacks when they built this trail.   “When I go up Maiden Peak, I break it into thirds,” Lewis says. “The first third is all runnable, but that doesn’t mean it’s easy. If you start walking in that bottom section, you probably won’t have a good Maiden because the second third is HARD. The final third is a mix of the bottom two and the final trail to the summit is interminable. I’ve never run all of Maiden, but it’s certainly possible.”

But the fun of Maiden is not just in the climb. Coming off Maiden, the course follows the Leap of Faith trail.  Curt designed the course by map and when we went out to find all the trails on his new course, several that were clearly visible on the map had disappeared in the field, due to neglect.  There was supposed to be a trail from the summit down to Maiden Lake Trail on the southeast side of the peak.  Suffice it to say it was difficult to find the old blazes and any signs of a tread.  The first few years people would go out looking for the trail on training runs and just hope they were actually on the trail.  Somebody suggested it be called “Trail, My Ass,” but “Leap of Faith” stuck.  We built a sign and bolted it to a tree but it got stolen shortly after it appeared in a local newspaper hiking guide. It’s a bit steep and gnarly and if your quads are shot or your legs tired it can be just as slow as the climb up. 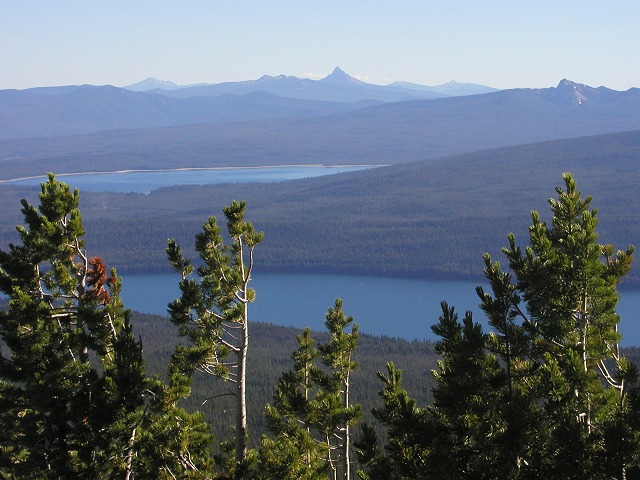 View to the south from Maiden Peak (summitpost.org)

“Often the winner is the runner who manages Maiden the best and uses it as a springboard to the finish,” Lewis adds.  He should know as he was leading the race in 2006 when Krissy Moehl powered past him just short of the summit.  She went on to win the race overall and Lewis finished second, first man.  There have been several other years where the eventual winner was not the first at the start of the climb up Maiden.

After the first few races it was suggested that we either get rid of Maiden Peak or run the course in the other direction so Maiden is done when runners are fresh.  No way, Jose.  Where’s Waldo without Maiden?   Meghan Arbogast, 4-time finisher and overall winner in 2007 can’t imagine it.  “I would think I was getting cheated.  If I want an easy course, I can run Miwok, right?  Maybe you shouldn’t share that.”  Sorry, Meghan, I just did.