Day 6: Thursday, April 30
Even though I like to kid Thornley for doing the same thing the same way year in and year out, he’s got one WS tradition that flies in the face of this. Every year, at every camp, he vows to check out a new area along the WS route. Last year, we attempted to explore the Chicken Hawk Road section where yours truly got lost during WS ‘07, but in typical fashion I got lost showing the group where I got lost. 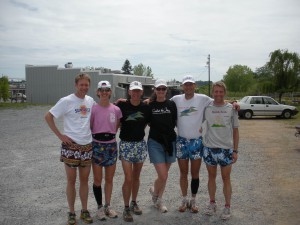 Like I said, Laurie is the only smart one of the bunch.

This year, the plan was to check out the site of the ill-fated Auburn Dam, near Cool, Calif. Apparently, they blasted out a bunch of rock, moved tons and tons of earth, then realized they were building on a major fault line. Luckily for us WS runners (and unfortunately for those like LB’s mom who bought “waterfront” property along the yet-to-be-built reservoir) that project never happened. 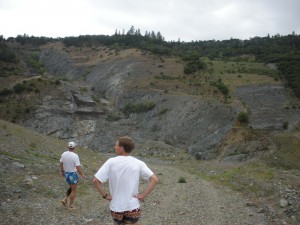 Oh, and lest I forget, today was Hawaiian shorts day, another stupid tradition that borders the fine line between juvenilia and homoerotica that Thornley likes so much. Basically, everyone puts on a pair of LB’s hibiscus-print shorts, then goes tromping around in the woods together.

What They Ran: The boys parked in the WTC parking area, walked to No Hands Bridge, then took off up the very steep section of non-WS trail known as Training Hill toward the Olmstead Trail loop. From here the group split up with Bili heading off in search of his missing iPod (dropped during one of his spectacular falls on Day 2) and SLF peeling away in search of some goddamned peace and quiet. LB, GM and TW ran through the savannah toward the dam site.

What I Ran: Without knowing what the boys were running, I couldn’t really simulate today’s run. So, I yogged from home to work then work to home (via Ridgeline to Spring Boulevard, aka Tastes Like Chicken Hawk Road). 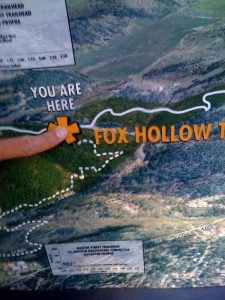 lc, making sure he doesn't get lost on his way home.

What they saw: Ticks, a gaggle of turkeys, coyote. 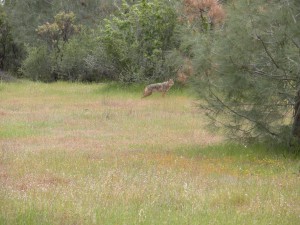 The coyote saw the ultrarunners in their arm panties and wondered whether they realized how ridiculous they looked.

Camp Conditions: Today the group witnessed Thornley’s first spastic coughing and puking fit. This puts SLF in the lead for the Puke Pool. He predicted one Thornley puke for the week. GM is down for two and Dan-O is calling for three. SLF cooked a killer coq au vin for dinner, the group watched the WS 1982 video and ate Carole’s leftover peach cobbler and Bili’s leftover pan of Hershey’s triple chocolate brownies. Gary and Judy Hall, who live across the street in Michigan Bluff, came over for dinner and SLF weighed in at 126 (the same as last time).

On the camp schedule for tomorrow: 0 for some, 8-14 miles EZ for others, Eldorado for AJW. 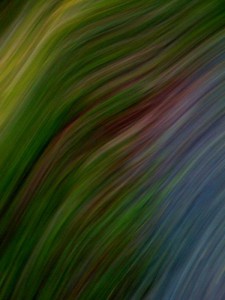 This is your brain on running.

Day 7: Friday, May 1
Today was a scheduled rest day for the boys, but as so often happens at training camp, some just couldn’t resist running. Only SLF took the day off, save for several out-and-backs from the upper house to the lower house.

What They Ran: Dan-O ran to the pump and back for 14 miles. Upon his return he was said to have remarked, “I shouldn’t have done that.” LB  and Bili walked down Eldorado Canyon with GM, who ran part of the way. Bili ran to Chicken Hawk Road and AJW was scheduled to run to Devil’s Thumb and back.

What I ran: Today I pretty much consigned myself to not doing what the boys were doing. I ran to the REI to see if I could find a pair of cheap trail shoes, then ran back to work. Not my finest effort.

What they saw: AJW, gravestones.

What I saw: Hippies shopping for trail shoes.

Camp Conditions: Today AJW arrived to break the silence. He brought two half-racks of beer, a heart rate monitor and some WS videos. He also received his Conduct the Juices hoodie. “Oh my God, he just licked his nipples,” Thornley remarked.

On the camp schedule for tomorrow: 52 miles.