I guess you can’t really call it camp if you’re the only one there, which is why I was so happy to have some company today. 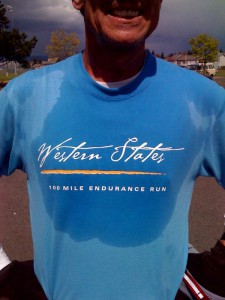 Even though I invited Matt “Splits” Lonergan to join me, we haven’t really managed to connect for a run. So, I was super pleased to see Camper Atkins and Camper Willson today on my lunch break. They were nice enough to join me for my ridiculous attempt at simulating the boys’ Cal Street tempo run. I still couldn’t get too many run details out of the boys, who are guarding their stats carefully, but I had fun running with OD and T-Bag!

What They Ran: Today the boys did a classic Cal Street tempo, sans LB. The Lord was nursing a strained left tibialis anterior (either that or a peroneus longus). At any rate, LB missed the festivities and decided to do some writing down by the river instead (how gay is that?). Bili, GM, SLF and Tapeworm ran the course from Foresthill to Rucky Chucky, then hiked up to Driver’s Flat. 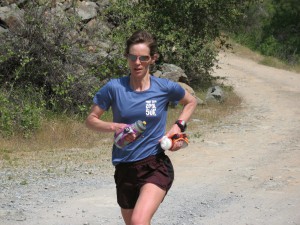 The Bionic Gay Man shows the boys how it's done.

The Queen met up with them at Cal 2 (Sorry Soderlund, we’re never gonna call it Peachstone) and, by all accounts it was a solid run for everyone.

What I Ran: Me, TA and OD drove to the lower Willamette Street section of the Ridgeline Trailhead, then hiked up to the north face Spencer Butte trailhead. I went up, they went around and we re-connected on the south side of the Butte. 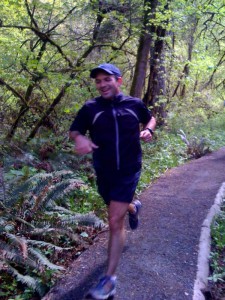 Then, we hammered it down to Martin Way, where OD pointed out that the sandy trail felt a lot like Cal Street. The Rexius Trail was typically spongy and we all did our best to imagine ourselves running alongside the river headed to Cal 3. Tommy was nice enough to drive me back up to the Butte after work so I could get in a few more miles.

What I saw: Pileated woodpecker. 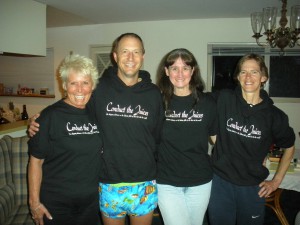 I want to say something about the sweatshirts, but I can't get past the shorts.

Camp Conditions: Carole and Bill marked their 33rd wedding anniversary by hanging out with these dirtbags (sad, isn’t it?). LB made burgers on the grill, Carol made peach cobbler and Bili thinks SLF made the right choice buying Hershey’s Chocolate Chunk brownies. The OR Crew is averaging a pan of brownies a night which is pretty good, even for training camp. 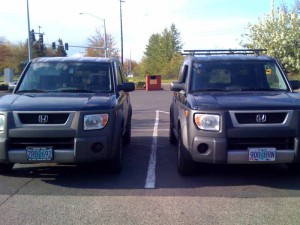 Dueling Dicks in the Box